The NASPA Foundation supports student affairs professionals by conferring and financially supporting scholarships, Innovation Grants, research grants, and recognition awards. When donors give back to the NASPA Foundation, they connect the past and present to the future and infuse a spirit of gratitude and giving among NASPA’s membership.

Pillars of the Profession

The NASPA Foundation recently ended their celebraiton of NASPA's centennial through a 100th Anniversary Campaign that assisted in endowing existing awards and creating seed fund funding for new awards. Your gift, no matter the size, helped expand the reach and impact of the NASPA Foundation, supporting NASPA's mission and legacy in the present and future. Thanks to you, the NASPA Foundation raised over $1.8 million to support our members. 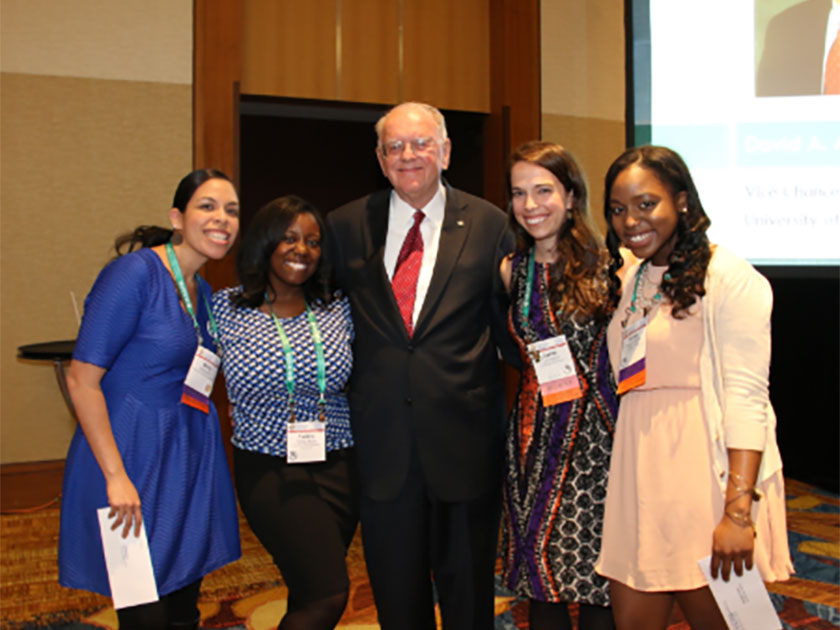