As early as 2013, the NASPA Technology Knowledge Community (TKC) began exploring the need for a standalone Technology Competency. While technology was recognized and incorporated into the previous version of the ACPA/NASPA Professional Standards for Student Affairs Educators, the changing landscape of higher education demanded a closer, more critical look at technology’s impact on our work and the overall student experience.

With the invaluable work and guidance of Matthew Brinton and Kevin Valliere, the TKC began building a proposal to create a Technology Competency, distinguishing technology as not merely a tool or inevitable part of our day to day work, but rather as a distinct and necessary set of knowledge, skills, and dispositions required for professionals in the field.

The proposal initially centered on relevant research in the field, highlighting the increasing importance of technology in creating, facilitating, and assessing the student experience. Concurrently, the proposal discussed how our own work; administratively, procedurally, and politically; is influenced by rapid and ongoing advancements in technology and the tools we use to communicate.

"In order to provide a more fully realized document, we also consulted the ACPA Digital Task Force and a similar proposal which they had created regarding a Technology Competency. Their expertise and enthusiasm were equally important in getting this project off the ground."

Indeed, in May of 2014, ACPA president Dr. Kent Porterfield charged a presidential task force on Digital Technology with, “the primary objective being to advance the application of digital technology in higher education informed by student affairs scholarship and practice.” This task force was composed of 21 student affairs colleagues representing a wide range of backgrounds and expertise from across the nation.

It became evident through early conversations of this group that the application of technology was a crucial and fast emerging competency that held great innovation and promise for the future. The ACPA Task Force championed that digital proficiency would improve productivity, efficiency, student engagement, and ultimately contribute to the holistic experiential learning and development that is core to Student Affairs work.

The ACPA Task Force and the TKC made strong arguments and recommendations for the addition of a stand-alone tech competency with the hopes of increasing education, attention, and resources on this essential topic. Through thoughtful consideration of the ACPA/NASPA Professional Competencies Task Force and were grateful for the opportunity to review and provide feedback on the draft proposal.

We are pleased by the adoption and acknowledgement of this important competency and look forward to working together with ACPA (as well as other associations) as we advance the application of digital technology to facilitate student learning and improve our daily practice. One outcome of the ACPA Digital Task Force was a similar proposal for the need of including technology as a stand alone professional competency.

Once submitted to the NASPA office, the proposal generated important discussion about the role of technology in student affairs, and how our professional associations can support the evolving development of this competency for our colleagues in the field. For example, the competency helps us to reframe conversations about social media to include ethical considerations in posting and sharing across platforms.

The Technology Competency represents an exciting new chapter for professional development and the field of student affairs. Just as our students can be seen as the ‘early adopters’ of technology, so to will we now have the opportunity to be the ‘agents of change’ in this new (virtual) world. 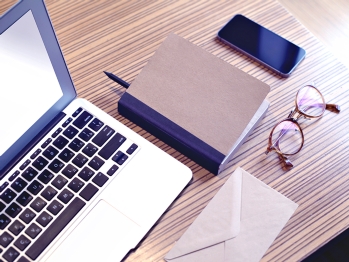