Most of us have a complicated relationship with commuting. It’s a necessary and regularly frustrating part of our existence. On one hand, the familiar hum of the train can be a comforting part of your routine while the undeniable dread of gridlock on the expressway can make you see red. Living through this pandemic has drastically transformed our experience of commuting. With the surge of remote work, some no longer have a commute while others may commute less than they typically do. The removal (or at the very least, the shortening) of a regular commute for some may be convenient, giving back much precious time once spent commuting. For others, losing this engrained sense of routine can prove deeply unsettling, throwing one’s day-to-day pattern into chaos.

Though many college students may be remote during the time of COVID, the reality of commuting still lingers in the future for countless current and incoming college students.

Despite colleges and universities remaining uncertain of when we may return to the world of commuting, it is worthwhile to consider how we as professionals are primed to support commuters when we return. How will we foster a sense of connection? How will we support their retention? In this post, I will share select highlights from a recent study examining the unexpected costs of commuting, explore their implications for commuter student student sense of belonging and present possible implications for practice.

Why Sense of Belonging?

I previously held a position at the University of Illinois at Chicago (UIC) where I oversaw Commuter and Off-Campus Life. Our department was dedicated to supporting non-residential students who commuted to campus daily or lived in nearby off-campus apartments. This included hosting community-building events and educational programs as well as managing a facility with access to lockers, lounge space, and refrigeration. At the time, approximately 85% of UIC students resided off-campus (University of Illinois at Chicago, 2018).

In this role, I came to realize that if we were going to adequately serve and retain commuting students, we would need to better understand how they experienced sense of belonging at the institution. According to Strayhorn (2012), “sense of belonging refers to students’ perceived social support on campus, a feeling or sensation of connectedness, the experience of mattering or feeling cared about, accepted, respected, valued by, and important to the group (e.g. campus community) or others on campus (e.g., faculty, peers)” (p. 3). Research indicates that students’ sense of belonging within college can positively influence their decisions around engagement and persistence (O’Keeffe, 2013). However, researches have noted that commuter students are more likely to experience difficulty becoming involved on campus (Burlison, 2015; Jacoby, 1989; Yearwood & Jones, 2012) and performing well academically (Jacoby, 1989). It is this understanding of the crucial role of sense of belonging that prompted this underexplored intersection of research: commuter student sense of belonging.

In an effort to better understand how our department could serve this population, I conducted an IRB-approved study exploring the following research question: How do undergraduate, commuting students experience sense of belonging at a large, minority-serving institution in the Midwest (UIC)?

I assembled a research team consisting of two (2) graduate paraprofessionals and two (2) undergraduate students. Research team members supported with data collection and analyses. Participants were recruited using (1) email announcements, (2) social media announcements, and (3) snowball sampling referral. Data collection consisted of a participant interest form and three (3) 60-minute focus groups (comprised of 3-8 students in each group). Additionally participants were instructed to bring a personal item or artifact that they felt represented their relationship with UIC. A total of 11 students participated in the study, selecting pseudonyms to protect their identities. Questions centered on specific aspects of sense of belonging, inviting students to share stories of when and where they felt connected to peers and university community members (and instances where they felt they mattered most to the wider community).

A total of five (5) themes emerged as part of this study. These themes ran the gambit, exploring commuter students’ feelings of otherness, positive interactions with peers, faculty, and staff, and the role of institutional investment in the forms of scholarships, on-campus employment, and resources to support basic needs. For the purposes of this post, I will focus on two (2) distinct yet interrelated themes that could shed light on how colleges and universities can attend to the unexpected costs of commuting students when they return to college campuses en masse: Commuter IQ and the Cost of Commuting (Foraging).

About Commuter IQ:
Nearly all students indicated that heir adjustment to navigating the day-to-day realities of commuter student life at UIC directly influenced their ability to connect with the campus community. Participants shared that as they improved their skills as a commuter (time management, knowledge of public transportation, and what they deemed “life hacks”), they perceived themselves as more adept at connecting with on-campus involvement opportunities. This is mainly due to commuter students needing to account for several shifting variables (including travel, energy spent, and work/family commitments). Multiple students also indicated that external factors such as safety and weather heavily influenced their decisions around on-campus involvement. Steven, shared:

“When you’re a commuter, you can’t really be in the moment. You have to keep thinking ahead.”

Similarly, multiple students noted the unexpected financial costs of commuting as a result of spending extended hours on campus. Participants shared that though they had elected to commute as they perceived it to be cost effective, multiple students indicated that they found themselves spending additional money on food when access to stable storage and refrigeration was limited or non-existent. Fabiola stated:

A Look at “Foraging”
In addition to the insights gleaned from commuter students’ improved navigation of their day-to-day commutes, another surprising theme of the study came from an unexpected realm: animal behavior. This study’s findings prompted us to re-conceptualize the physical costs of commuting on college students with the aid of Optimal Foraging Theory. Optimal Foraging Theory (often referred to as OFT) is a model within behavioral ecology that examines the optimal conditions for animals to maximize their foraging for food (Ritvo, 2018). This model is focused on examining energy gained from food versus energy spent securing such food. We found that understanding this behavioral ecology theory can help us in examining the decision-making patterns of commuting students – particularly how they decide to expend energy in their navigation of UIC. All participants in the study shared experiences that highlighted their negotiation of time management and physical strain. Mike shared:

“So my mind’s already going like a mile-a-minute thinking - how fast do I need to walk to be able to make this or to make that. So … instead of me just saying ‘you know what, class is done now. I can go to the gym with my friends,’ … I’m focused on all this commuting.”

Additionally, participants shared examples of how they would gauge whether or not a particular experience or task was worth the time and energy spent (on top of the time and energy they expend during their commute). In this sense, Optimal Foraging Theory allows us to reimagine commuter students’ decisions around engagement not just in terms of their intrinsic motivation but as a negotiation of their basic energy and physical strain as a living organism.

For the Future
In reflecting on these two themes, I present two considerations for practice. It is crucial for departments to consider how they market their experiences to commuting students and clearly communicate what students can stand to gain from their involvement. Understanding what value is added to their lives by them attending this event/program and how they will benefit will help students to answer the silent question: Why is this worth the energy?

Similarly, it also helpful for institutions to consider what practices or policies might make life more challenging to navigate for commuter students (and thus, contribute to their already mounting strain). Is there anything that you find routinely requires clarification or bounces students from one department to another? Though this question is worth asking campus wide, this is particularly significant for commuters due to the additional energy they expend on a daily basis with their commute.

A special thank you to the following members of our research team for making this study possible. Our hope is that by better understanding how this population experiences sense of belonging, colleges and universities can reimagine how they construct policy, create programs, and allocate space with commuters in mind. 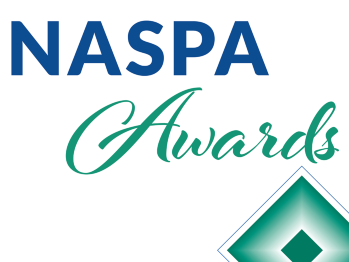 How Do You Help First-Year Commuter Students Feel Like They Belong on a Campus of 50k People? 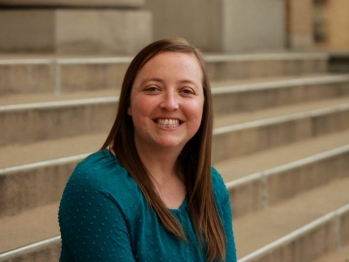