When we look around our student affairs departments (your residence life, career services, student engagement, student activities, study abroad, orientation, Greek life, multicultural affairs, what have you), when we look around our graduate school classrooms and our professional association conferences, we often see women looking back at us. Women are advising students, fielding parental questions, answering late night phone calls, organizing and supervising programming events, and fulfilling all “other duties as assigned.” Just think about your own lived experience in the field, your own office, I venture to guess there are more women in your office than men, which makes sense because women are currently the gender majority. In fact, regardless of functional area, women, as a social class, outnumber men practitioners (Ford, 2014). And yet, this large, numerical and physical presence has neither elevated women’s experiences working in the field nor created equitable working conditions. The little research on women in student affairs described women facing inequitable professional responsibilities and expectations, lower salaries, less professional development opportunities, poorer evaluations than their men counterparts (Filipek Adams, 2014), and excessive conflicts between professional and familial responsibilities (Renn & Hughes, 2004), which leads me to ask how and why women are having such negative work experiences in a field that is mostly composed of women, a field that is so often described as feminized, caring, and open? I think the answer to this question lies in another: where exactly are the women?

We know women are in the field, we see women every day on the frontlines doing the physical, mental, and emotional work of student affairs.  We are those women! But here’s the thing, women’s presence and power are being concentrated in these entry and mid-level student affairs positions, which involve more direct student contact, emotional labor, and irregular work hours, while men professionals are disproportionally represented in leadership positions. Women comprise approximately 60% entry/mid-level positions versus only 37% of upper-level student affairs roles. Although women may be physically visible in the field, their positionality limits their ability to influence the underlying gendered behaviors of their respective institutions and student affairs in general. To be clear, men and women currently fulfill a relatively equal number of student affairs leadership positions, but there are so many more women than men entering the field, so where are we going? Why are we leaving? How are we not the majority of student affairs leaders when we are the majority in graduate school programs and early career stages?

As a student affairs professional turned doctoral student, I was confident that student affairs literature would help me process this contradictory experience, this disparity between women’s presence and their professional experiences, that I was reading about and witnessing firsthand. Certainly, the research will have the answers!

But again, I found myself asking where are the women? Women’s issues seemed to be disappearing in student affairs research, the little research I could find was dated mostly from the 1990s. This lack of recent exploration into the experiences of women in student affairs is particularly troubling because of women’s continued, poor positionality in the field, which contributes to high attrition and burnout rates amongst student affairs professionals (Lorden, 1998; Marshall, Gardner, Hughes, & Lowery, 2016; Tull, 2006). In fact, women are leaving student affairs disproportionately to and at higher rates than their men counterparts (e.g., Blackhurst, 2000; Burns, 1982; Holmes, Verrier, & Chisholm, 1983; Richmond & Sherman, 1991). Despite documenting these negative circumstances, there is a dearth of empirical work on women working in the field, which some researchers (i.e., Yakaboski & Donahoo, 2011) have attributed to the popularization and emergence of broader gender studies, gender neutral work, and interest in gender as a continuum rather than a binary. Although this perspective is necessary and I agree that gender is a spectrum, it did, unfortunately, negatively impact women studies, particularly scholarship on women in student affairs and other feminized fields. Other researchers, namely Jones and Komives (2001), documented this evident shift in student affairs researchers’ focus from investigating women’s unique, professional experiences to more gender-neutral research questions and scholarship: “Focus away from gender and its relation to the career pathways and contemporary issues of women student affairs officers” (p. 231). This silence on gender inequities in student affairs, continues scholars, practitioners, and administrators’ failure to recognize the negative professional experiences of women in the field and allows this poor treatment to continue (Blackhurst et al., 1998).

So, what can we do? How can we change the research and narrative surrounding women in student affairs? How can we turn our attention to improving women’s experiences in our field? I echo other researchers like Yakaboski and Donahoo (2011), in suggesting we look at student affairs as a gendered organization, meaning we need to look at student affairs as inherently and systematically gendered in its policies and practices. Along similar lines, we need additional empirical work on the interaction and influence of gender on student affairs expectations and attrition. We know women are leaving faster and in higher numbers than men, but we do not conclusively know why. Without conclusive or extensive research, institutions are unlikely to respond and make necessary changes. Furthermore, there needs to be more consideration of intersectionality; specifically, the intersection of race and gender on women in student affairs. Too often the little research that does exist is focused on white women in the field. We need more research on the experiences of women of color working in student affairs. We, as a field, both in our practice and scholarship need to turn a critical eye to not only our own but also our colleagues’ professional experiences. We need to continue to ask the hard, complicated, uncomfortable questions, and advocate for change.

Brief Bio:
Alyssa Stefanese Yates is a doctoral student in the Higher, Adult, and Lifelong Education (HALE) program at Michigan State University. Alyssa earned an Ed.M. in Student Affairs Administration from the University at Buffalo and previously worked in International Student and Scholar Services, residence life, and undergraduate admissions. Her research interests include the influence of gender on student affair professionals’ career trajectory and leadership development. Twitter handle @Astefanese

Want to write for us? Submit your idea here: Blog Interest Form

Events anarchy may be just what organizations need 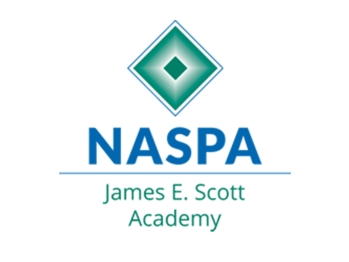