The importance of hard work

Higher education is seen as the “great equalizer” for all. America believes that education is a mechanism or tool for achieving the American Dream.  Many of us in student affairs espouse this same belief. As a first-generation college student and a young Black woman, the paradox of education is always ubiquitous. Education is a way to create a better life, increase my socioeconomic standing, and expand my professional network. Education is also a site of much inequity and discrimination.

I was raised by two of the hardest working people I know—I credit my resolve, perseverance, and all of my “black girl magic” to their working-class values and morals. My father, a past machinist at Boeing, woke up every morning at 4:00 am for 33 years. He worked tirelessly, provided financially for his family, and even found time to coach high school basketball for a neighborhood team during the evenings.

My mother, a grocery store cashier for 30 years, stood for hours on edge, never broke her smile at work, and treated every customer as if they were family. Oftentimes, she would work 12 hours days, and come home and cook dinner for my younger brother, and I. As a native Louisianan, she valued family dinners and relished in cooking; family time was important, even despite her long and restless days.  I cannot recall one single moment where my parents ever complained about work—instead, they did their best to have my brother, and I understand the value of hard work. Their blue-collar jobs also signaled to my brother and me that attending and graduating from college could drastically alter your life.

My parents never had the opportunity to step foot on a college campus; terms like “FAFSA," “office hours," or a “syllabus,” are foreign to them. Thankfully, I had high school counselors who were able to help me prepare a personal statement and take the SAT. Despite my parent's lack of understanding, they knew that college was a way out of low wage labor, and finding a career based on your passion, and not one based on necessity. When I started undergraduate, my parents were proud—their parenting and prayers got me there, and their determination allowed me to understand how the goal of attending college and eventually graduating was much bigger than myself. In all of my 33 years, I have known no other education space than predominately-white colleges and universities—my blackness has always been on display, and whiteness is always omnipresent.

Similarly, I also hold another identity that created disadvantages—and that was my identity as a first generation college student from a working class background. I did not have the context that many students had to help them navigate the college environment—I did not understand what it meant to succeed in college—I did not realize that college required you to be self-reliant and independent at times. I did not understand the purpose of office hours, and meeting one-on-one with a professor frightened me. Admitting that I did not understand a math problem or concept intimidated me.

As a Black woman, we are taught to be strong, superhero- like and without fault. The “I can do bad all by myself mantra” still stays with me today. I sat quietly, and often in the back in class throughout undergrad, I did not visit professors' office hours and tried to not bring much attention to myself as a way to avoid confirming others' stereotypes of me. Being both Black and first generation only intensifies and magnifies this feeling of being both hyper visible and invisible. My skin color reminded me that I could never sit in a class and be inconspicuous; I was noticed even if I never said a word. In sociology classes, I hated topics of race and gender, because I felt the pressure to be the spokesperson for both identities. You do not wear the badge of the first generation, as it is not something that people can readily notice about you. Most students on college campuses may be completely unaware of what it even means or that they are one. My first-generation status made me feel invisible, and I noticed many dissimilarities in my experience compared to those who were not the first generation.

My parents could not attend annual college events like “Mom or Dads Weekend” because their jobs did not afford them extra time off. Many non-first generation friends often talked about their study abroad trips, or special academic or scholarship opportunities that their parents had participated in. They had a legacy to follow. I could not relate. I did not have the language or the cultural experiences they had. I did not have access to financial resources to take trips for leisure, and leaving home during the summer was never an option for me. Most of my summer breaks were spent working at a local retail clothing store. I realized soon enough that in order to both survive and thrive in predominately white and affluent spaces; I had to cultivate a network—a network of mentors who looked like me believed in me, and those who could help me navigate this confusing college-going culture. I learned the importance of advocating for myself and getting involved in student clubs. I joined organizations like the Black Women’s Caucus and the Black Graduate Student Association because I craved a safe space that not only stimulated me intellectually but personally as a Black woman. I craved spaces where the Black experience and first-generation college student experience were central and not an afterthought. I craved spaces where I could feel a sense of pride.

My reason “Why” in higher education

I pursued a career in higher education for two simple reasons:  I genuinely believe in the transformative power of higher education. I am now the first in my family to receive a Ph.D.  A Ph.D. gave me access to professional circles I would have never had access to without a college degree. It encouraged me to be a contributor of knowledge, instead of a passive recipient of it.  A Black woman with a Ph.D. became even more of a power symbol and sign of resistance—I was able to represent the attainability of a Ph.D. to many women of color and help disconfirm many stereotypes about people of color.

Secondly, through my experiences in higher education as a student and now as a working professional, I am motivated every day to acknowledge and support students and their whole identities. I embrace my racial, gender, and first-generation student identities wholeheartedly. However, by adopting an intersectional lens to understanding our students, it becomes clear that these identities do not act independently of each other; they work together to create cumulative disadvantages.  In class, I would always make sure I enunciate my words so people would not think I was illiterate.  I was always very careful about my tone of voice in white spaces—because I did not want people to think I was an angry or aggressive Black woman.  The burden of being a silenced minority was due to my race, gender, and first-generation student status----my working-class experiences were rendered invalid.

We do not center the experiences of first-generation college students who come from working-class backgrounds in higher education—instead, we force them to adapt and fit into an affluent class culture that often leads to feelings of insecurity and discomfort. As a first-generation student and a Black woman, my presence and existence alone is resistance—resistance to a predominately white, affluent class culture that pervades our colleges and universities. I aim to empower students just like me, so they can recognize the incredible value they bring, and just how powerful they truly are.

Dr. Ciera Graham is the current Director of the Everett Community College East County Campus in Monroe. She was born and raised in Seattle, Washington.  She obtained her Ph.D. in Sociology from the University of Cincinnati in August of 2015. She received her Bachelor's degree in Sociology and a Master ’s degree in Counseling Psychology from Washington State University in May of 2008 and 2010, respectively. She has over eight years of experience in student affairs, teaching, program management, supervision, career counseling/advising, diversity/cultural programming.

“Want to write for us? Submit your idea here: Blog Interest Form” 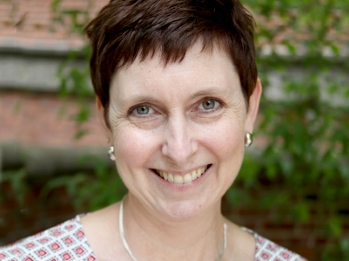 Dr. Jeni Hart Appointed Co-Editor of the Journal of Women and Gender in Higher Education