Just before the Thanksgiving holiday, the Department of Education released the text of their Notice of Proposed Rulemaking (NPRM) on Title IX. This ended an over-year-long wait that started in September 2017 when Secretary of Education Betsy DeVos rescinded guidance set by the Obama administration in 2011 and 2014 and released interim guidance.[1] The NPRM was officially published as a proposed rule on Nondiscrimination on the Basis of Sex in Education Programs or Activities Receiving Federal Financial Assistance in the Federal Register on November 29, 2018, thereby opening the 60-day public comment period.[2]

As announced in our statement from November 16, 2018, NASPA is offering a series of information sessions this week to provide clarity to the student affairs community both on the Title IX NPRM and the rulemaking process. If you have not already attended an information session this week, the final two sessions will be at noon ET on Thursday, December 6 and 2:00p.m. ET on Friday, December 7. For those unable to join one of the sessions or who want to refer back to the information shared in them, we are providing much of the same information in a series of blog posts to be released over the first half of December. The second post in this series addresses concerns around staffing and responsibilities for Title IX coordinators and the conflation of campus conduct processes with criminal justice process. The third reviews proposed changes related to informal resolution and mandatory cross-examination. The final post in this series covers the evidentiary standard, timeline for resolution, and changes to the religious exemption process for Title IX.  Additional analysis on many of these topics is already available from a wide range of associations and organizations and NASPA’s Research and Policy Institute will be making more in-depth analysis on several of the issues below available in early January to assist student affairs professionals in responding to the call for comment with appropriate research and data.

We recognize the significant efforts of Title IX coordinators and student affairs professionals on our country’s college campuses to provide fair and equitable campus adjudication processes to support all their students, complainants and respondents alike. While it is certainly true that there are campuses that continue to turn a blind eye to the needs of complainants and survivors, is it the appropriate role of the Department of Education Office of Civil Rights to provide administrative oversight specifically to address those few bad actors. In a purported effort to ensure fair processes, however, this proposed rule  paints with a brush so unnecessarily broad that it obscures and ignores the existing and on-going good work of countless professionals.

We acknowledge the diversity of the student affairs profession and the differences of opinion represented with our membership and the profession as a whole. The commentary and analysis presented here represents the information collected during listening sessions held in the spring combined with the additional feedback and commentary gathered since the release of the proposed rule from those working in campus sexual violence prevention and response and higher education policy analysis. We have endeavored to provide perspective about the likely effects of this proposed rule if it were implemented as currently written. Engagement in the rulemaking process by professionals with expertise in an area a proposed rule governs is essential to ensuring our laws are implemented faithfully. NASPA strongly encourages student affairs professionals to engage with their institutional leadership to submit comments on proposed rules on behalf of your institution, and also consider submitting individual comments before the January 28, 2019 deadline. Please feel free to review our tips for submitting effective comments for assistance in crafting your comments.

Key Provisions of the Proposed Rule

While there are a few aspects of the proposed rule that are noteworthy, including the maintenance of the right for both parties to appeal and clarity that institutions can provide supportive services to students regardless of whether a formal complaint is filed, there are many more that would, individually and collectively, chill or even freeze reporting of campus sexual harassment incidents. A rule that would require institutions to leave some survivors without a formal adjudication option and re-open the possibility for repeat offenses that could otherwise have been prevented is a step backward that serves no one. Indeed, even provisions of the proposed rule that could at first appear promising, are upon further examination potentially harmful to students, student affairs professionals, and institutions. The rule ultimately proposes an overly rigid a framework and frighteningly little guidance on matters of import for campuses to move forward with confidence they are acting within the bounds of the proposed rule.

Under Obama administration guidance, sexual harassment was defined broadly as “unwelcome conduct of a sexual nature;” the proposed rule offers a three-part definition of sexual harassment that includes conditioning a benefit or service on participation in unwelcome sexual conduct, sexual assault as defined under the Jeanne Clery Disclosure of Campus Security Policy and Campus Crime Statistics Act (Clery Act), and “unwelcome conduct on the basis of sex that is so severe, pervasive and objectively offensive that it effectively denies a person equal access to the [institution’s] education program or activity” (83 FR 61462 §106.30).

Two aspects related to institutional scope of responsibility may further hinder reports resulting in formal investigations. The first is a narrowing of responsible parties on campus who can initiate formal investigations to “notice … to [an institution’s] Title IX Coordinator or any official of the recipient who has the authority to institute corrective measures on behalf of the [institution]” (83 FR 61462 §106.30). While this change would allow students to approach other members of the campus community whom they trust to discuss their options, it removes any responsibility for other members of the campus community to report or act on what they are told. After seven years of being told they can report incidents to anyone at their institution and expect an institutional response, this change risks confusion and opens individuals and institutions to liability from private lawsuits if students report in a manner they believe will result in an institutional response and none is provided.

The proposed rule further defines the scope of institutional responsibility as that which occurs within “an educational program or activity of [the institution]” (83 FR 61462 §106.44(a)). The preamble of the proposed rule makes it clear that this definition allows flexibility for institutions to protect students in off-campus settings, including adjudicating incidents at Greek houses that are not owned by the institution so long as they're governed or overseen by the institution in some formal way. However it leaves open the possibility for incidents as informally or loosely affiliated locations, such as a house rented by members of a sports team, to be excluded from an institution’s self-defined scope of responsibility.

While the allowance of institutions to provide supportive services to students even if the reported incident doesn’t fall within the scope of a formal complaint (83 FR 61462 §106.44(b)(4)) may offset some of the confusion created by the proposed rule, campuses without the ability to provide robust student support services are likely to see a decrease in student reporting due to student confusion as to whether the location of their reported incident meets the criteria for institutional response.

In our next post, we unpack the proposed rule as it pertains to resolutions processes for formal complaints, including both the formal grievance process and the option for alternative dispute resolution. As a reminder, we invite you to join us an information session this week, the final two sessions will be at noon ET on Thursday, December 6 and 2:00p.m. ET on Friday, December 7 for a brief overview of the entire proposed rule. If you have questions about the proposed rule or the process for submitting a comment through the Federal Register, please feel free to reach out to NASPA director of policy research and advocacy, Teri Lyn Hinds at [email protected]

[1] For a brief overview of the history of Title IX regulatory actions, please see our April 2018 post Raise Your Voice: Responding to the Upcoming Notice and Comment Period on Title IX Federal Guidance. 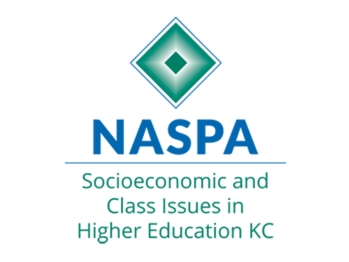