Who Should Get Free College? Buttigieg Ad Inflames Key Divide Among Democrats “Buttigieg has criticized plans that make public college ‘free for even the kids of millionaires,’ opening up an argument in the Democratic primary campaign over the role of government.”

Lawmakers Call For Investigation After NPR Report On Troubled Student Loan Program “NPR found the vast majority of student loan borrowers with disabilities aren't getting the debt relief they're owed. Now, a bipartisan group of lawmakers has asked for an investigation.”

Get Help or Let Them Die? “Student deaths and drug overdoses are prompting discussions on and off college campuses about strengthening medical amnesty and Good Samaritan laws to protect bystanders who call 911.”

Tufts Strikes Sackler Name From Campus “Tufts will remove the name of a family closely linked to opioids from its medical campus as it releases a report on decades of donations. Family's lawyer calls the decision "intellectually dishonest," but fundraising experts see needed reckoning with the past.”

Black Borrowers Default at Higher Rates “Analysis of federal data shows that African Americans continue to struggle more than other borrowers with repaying student loans -- despite heavy use of income-driven repayment programs.”

SMU Sued for Severing Ties With Church “Church body files suit after Southern Methodist amended its governance documents to separate itself from church authority. The move follows actions by the United Methodist Church to strengthen prohibitions on same-sex marriage.”

Big Influencers on Campus “Colleges are increasingly collaborating with students who have large social media followings. Where do the boundaries lie?”

A portion of Title III funding under the Higher Education Act expired on September 30 leaving Minority Serving Institutions (MSIs) and Historically Black Colleges and Universities (HBCUs) at risk. Since its introduction in the spring, NASPA has supported the passage of the Fostering Undergraduate Talent by Unlocking Resources for Education (FUTURE) Act, as a measure to protect this crucial funding. While previously at odds, Senate leaders reached a deal to bring the FUTURE Act to the floor of the Senate. The bill passed on December 5 by voice vote. Senators have added an amendment to the bill that will create a data sharing agreement between the Department of Education and the Internal Revenue Service that will simplify the Free Application for Federal Student Aid (FAFSA) and streamline income certification for income-driven repayment plans for borrowers. The amended bill is now headed back to the House where it is expected to pass into law.

Earlier in November, the final Title IX rule made its way to the Office of Management and Budget, marking the final stage before its release to the Federal Register. The Washington Post has reported that the final rule, while not yet released will include a provision that allows cross-examination. NASPA finds this reporting concerning, given the overly legalistic expectation it places on college. NASPA submitted comments to the proposed rule to the Department of Education Office for Civil Rights following its release in February 2019. campuses. Currently, the Office of Information and Regulatory Affairs (OIRA) has meetings scheduled with advocacy groups through January 30, 2020. A final rule is expected to be released by March, 2020.

Equal Participation of Faith-Based Organizations in Department of Education Programs and Activities: Implementation of Executive Order 13831

Published in the Department of Education Unified Agenda on November 20

The Department of Education has indicated upcoming proposed rulemaking regarding both Executive Order 13831 and implementation of Executive Order 13854 (Improving Free Inquiry, Transparency, and Accountability at Colleges and Universities). NASPA’s standing statement on free speech posits that generally, legislation – either at the state or federal level – to regulate institutional actions related to speech on campus in the name of protecting free speech runs the risk of creating a chilling effect on speech. Impending rulemaking for the purposes of implementing Executive Order 13854, potentially poses such a risk, given its language regarding free inquiry and institutional compliance.

Want to submit comments of your own? Check out NASPA’s Q&A on submitting public comments 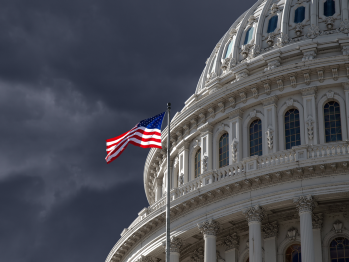 Will The Higher Education Act be Reauthorized in 2019?