The NASPA Latinx/a/o Knowledge Community (LKC) strives to support the research and share stories of colleagues who are engaged in scholastic work, especially those who focus on Latinx/a/o educational issues. This year, the LKC co-chairs are highlighting the strength, resiliency, and tenacious nature of mujeres in the field who deliberately and wholeheartedly embrace both motherhood and their professional roles as scholars (#LatinaMamiScholar). We would love to feature your story on the NASPA LKC Scholars Corner!

Dr. Gabriella Gutiérrez y Muhs is a Professor at Seattle University in the Departments of Modern Languages and Women & Gender Studies. She is the co-director of the Patricia Wismer Center for Gender, Justice, & Diversity and a Theiline Pigott McCone Endowed Chair in the Humanities. She is also a poet, editor, and author https://amzn.to/2IL9mdl. She may be reached at  gutierg@seattleu.edu and her faculty webpage is http://fac-staff.seattleu.edu/gutierg/web/index.asp.

We are not encouraged to bring the children to the Disneyland of academia. Only those who can afford it, may, those for whom the academic job is a hobby, will, those who can already hire nannies on their parents’ dollar to conduct their work, or bring a cleaning nanny from abroad, an au pair, or an indentured worker, as in the case of Pulitzer winning author Alex Tizón’s servant, who had been “a gift” to his father. Our children are impediments to “the pursuit of happiness,” an ongoing happiness of exchanging ideas with others, and researching, and bragging about publications…. that is the nirvana academics look for. Children are impediments to all this and usually “lower thinking people” have children. We are not asked about our life plan when we apply for these graduate programs, yet we are silently punished for getting pregnant. I still remember the face of one of my superstar advisors at Stanford, when I went to tell this person that I was pregnant, and they practically told me to get an abortion, without using the word abortion. This person had had a child a few years ago, and thus, their book had taken longer to publish because of this, and of course, they gave me a long lecture about how “they” had had a hard time finishing a book. What did I think was going to happen to me?  No, we are preferred childless, or “with a nanny, or wife” (if we are a man, heteronormativity reigns, and it is “acceptable for men to have children” with a wife that stays home cooking and caring for the children, and asks no questions at social gatherings in December). We are encouraged to forego parenthood for a few years, or forever, we are not encouraged to bring babies to the office. On the contrary, children are wished invisible in academia and to academic parents, especially for professors of color. I still remember an administrator who asked me to please not show the pictures of my son to other workers, because I was taking their time and needed to use my time “wisely.” The structural racism, classism, and sexism the nation now examines a millimeter more, due to the “Me too movement,” “Black Lives Matter,” and the current Kavanaugh hearings have polished the noses of some of those incredulous, established White Academics, who do not believe in intersectionality.

I still remember wobbling through the halls of Stanford, as a graduate student, making copies, and doing clerical things for one of my professors as part of my fellowship, and having people watch me, but not ask, ever, if I was pregnant. By this time, it was obvious that I was pregnant but no one wanted to know my due date or the gender of my baby, anything, or even to exchange a smile with me. I was “monstrous” to the graduate students. I saw it in their faces as if I had stepped on poop. When my son was two and I took him with me to the bookstore to order some books for my classes, I realized that the precious age of toddlers, for Mexican parents, when children “discover” the world and themselves, language, and experiment with bilingualism was a “deep dark tunnel” to mainstream American culture, the culture of most Stanfordites. People ran away from my son as he showed them his “panza” and made “ojitos” at them…things Mexican children do to connect with new adult friends and be cute. They were terrified by his belly and his little face, making cute flirty eyes at them.

I have so many examples of the sophisticated manners, and not so sophisticated that academics have of getting rid of academics who do not wine and dine with them philosophically, for many reasons, one of them is small children and a lack of resources to care for them while you socialize, travel abroad, or listen to their old, worn out stories about how life in the academy used to be, in the past. But yet, a dog conversation is greatly welcomed. When I first was hired in my tenure-track job, I was the first tenure-track woman with children hired, and that first year, my all-male senior faculty colleagues spent their office time writing memorandums about what equipment my children could not use when they visited the university. This happened because I once had used a TV/VCR television from the department in my office, so I could run and teach a 50-minute class, not knowing anyone in the city who could take care of my son, not accepted in daycare with a temperature.

As I see how my children have processed through their bodies the burdens of enduring the tales of woe of attempting to be from a social location that has not yet accepted us, as the kids and grandkids of working class, farmworker, immigrant parents. I wonder how it might have been for my children if instead of doing extra work during the summer so I could publish three times more than expected and assure my tenure, I would have sent them to educational camps, which I could not afford. Or, I could have paid for my students to tutor them and have them advance academically, which I could also not afford.  But my children now resist the institutions, in large part because they see that they (my children) are the flesh witnesses of the toils their mother endured, coming from the lower class, into a department of only men academics, in a discipline impacted by women (who existed in my department as adjuncts and lecturers). So sexism, racism, I was a lower caste Latina, having Mexican parents, who might have been the servants of their parents in Latin America, and of course, classism marked the path that I had to traverse when I first started working as an academic.

The other monumental issue affecting my children was the structural bias about Latinxs/ Chicanxs at large, which my department was not immune to, they existed with many stereotypes about US Latinos, particularly Chicanos, oftentimes seen as the Latinos on the lower strata of the Latino spectrum, (which lately the Trumpian voices have affirmed with their materialized statements, which America did not dismiss en masse). This is an issue that I am sure has become a detrimental factor in improving the campus climate for Chicanx scholars given our universally tyrannical presidential anti-Mexican climate.

Mothers are for many people of color the highest symbol of fidelity, love, trust, evolution, and feminism. I am never offended when my students call me mother. The only positive aspect about these current times is that I continue to exercise my determination to expand the vision that academia has about Latinx/Chicanx scholars. We already knew that condescension towards Mexicans/Chicanos had made us stronger in the past. We are reviving an evolving Movimiento that does not leave motherhood outside the portal of Academia, mothers are conquering a subjectivity that excluded them, and stereotyped them. I know that without being a mother I would have not had the strength to fight the lack of equity and equality in an institution built for the upper class and the privileged men, the university. I confirm that all the “firsts” I have endured have given me a turtle shell that merits mentioning. Being called a mother, by working-class students who wish to honor me, because that image, is in their view, the highest image of a woman does not offend me. On the contrary, it honors me. We have established a cultural shift that does not align with mainstream feminism, or second wave feminism, we have our own feminism: adaptable, invincible, proud, communal. I was the first Chicana tenured at this university and the first woman tenured in my department in one hundred and twenty years of the existence of the university. I was also the awardee of the Inaugural Provost’s Award for Scholarship, Research and Creativity, which I sincerely believe I would have never received, had our provost not been a person of color who appreciated my contributions to the academic canon, who was also not afraid of people who brought their families with them to the Disneyland of Academia. 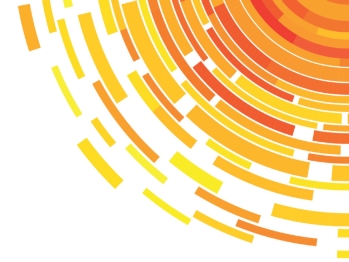 Why I: Nestor Melendez