We named our daughter Nora, whose Arabic equivalent, Noor, means “light.” To draw a line between my sweet baby, the deepening of my own Christian faith, and my undergraduate experience is not so long a story. For this context, however, that story begins with a survey of religion in higher education. 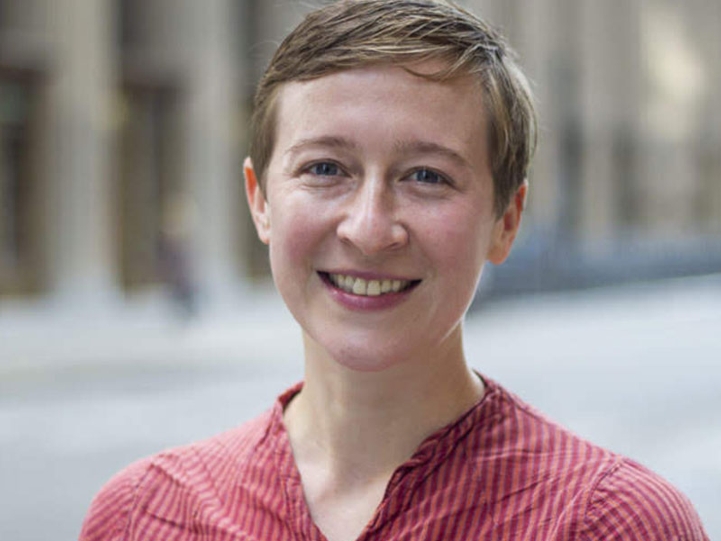 In No Longer Invisible, Douglas and Rhonda Jacobsen (2012) compellingly trace the trajectory of religion in higher education from what they categorize as the Protestant era (1636-late 19th century) to the Privatized era (late 19th through late 20th century) to today’s Pluriform era (late 20th century through today). I commend the Jacobsens’ book to many college and university partners when we begin discussing some of the challenges of engaging civic religious pluralism on campus.

My invitation to those partners and to you—is to understand where you are coming from and where you want to go. For Interfaith Youth Core (IFYC), my professional home of eight years, where we want to go is a community that has (a) respect for religious and non-religious identities; (b) mutually inspiring relationships across worldview difference; and (c) common action for the common good (Patel, 2016). Campus partners, from vice presidents of student affairs to multicultural office directors, generally affirm that definition of civic religious pluralism, and ask the inevitable follow-up question, how?

In 2015 IFYC developed the Campus Interfaith Inventory, a free, online, self-reporting survey that helps you take stock of the strengths and areas for growth around civic religious pluralism on campus. It is based on a publication articulating IFYC’s hypothesis for how 21st century campuses graduate engaged citizens, educated people, and competent professionals in the religiously diverse democracy of the United States (Patel, Baxter, & Silverman, 2016). The hypothesis is this—interfaith leadership cannot be siloed to one office, department, or single person. Campuses need a combination of policies, practices, and programs in order to graduate students who can develop a healthy sense of self, practice engaging across deep difference, and apply skills to operate in a diverse context. If religion is, as the Jacobsens contend, no longer invisible, what does it look like when it shows up on campus? Through 35 questions, the Inventory helps campus partners take stock of existing and potential resources. Now in its third year, over 360 campuses have completed the Inventory, revealing a snapshot of interfaith cooperation in higher education. You can learn more about the tool, sign-up to complete it for your campus, and peruse reports at www.ifyc.org.

There are many ways to interpret one’s report from the Campus Interfaith Inventory—some of the questions address needs your campus may already have a solid grasp on (e.g., religious diversity training) or, depending on your demographics, don’t see as a need for (e.g., various accommodations for religious groups). Some of the Inventory questions provide examples and ideas that you may not have considered before or had the capital to realize (e.g., interfaith cooperation in the first year orientation program). Some of the questions are practices you are doing, should celebrate, and can mine for stories of impact and additional allies eager to make campus-wide interfaith cooperation a priority (e.g., Interfaith Fellowship Program).

I often invite campus partners to put their inventory results in conversation with campus climate surveys and other promising practices, for instance, those outlined in reports from the Interfaith Diversity Experiences and Attitudes Longitudinal Survey (IDEALS), available at www.ifyc.org/ideals/firstyear. Time 2 findings are drawn from 7,194 students in the spring of their first year, at 122 campuses. Let me share one personal example to model this approach of putting the Campus Interfaith Inventory in conversation with additional data sources and one’s own campus context.

Best Practices for Interfaith Learning and Development in the First Year of College (IDEALS, 2018) found that “appreciative attitudes” grow in campus environments in which students experienced both provocative encounters and space and support for spiritual expression. Appreciative attitudes describe a “positive disposition that reflect respect, admiration, and high regard toward different identity groups” and are important because high appreciate attitudes are positively correlated with appreciative knowledge and relationships across difference (p. 3).

As I reflect on my own undergraduate experience, as a religion and philosophy double major at Northwestern University, I can paint a clear picture of the balance of provocative encounters on the one hand, and space and support for spiritual expression on the other.

I was born in Gibbon, NE, known as “Smile City,” a town of 1,000 residents. My parents moved to Green Bay, WI, when I was young to expose my siblings and me to more diversity and opportunity. By the time I had moved to Evanston for college, I knew enough about what I didn’t know to know that I wanted to take advantage of everything the city—and my university—had to offer. I don’t remember what I knew about Islam when I went off to college but whatever it was wasn’t memorable enough to recall. To this day, however, I do remember sitting in Souleymane Bachir Diagne’s class learning about Sufism. We read from al-Ghazali, a well know 11th century Muslim philosopher, theologian, and mystic. One piece in particular stuck with me, his Niche of Lights (1998). Trying to better understand the author, the context, and the many meanings imbued in the work spurred me to ask a host of questions about myself and my own tradition.

The entirety of that powerful personal learning experience is, in some ways, represented by just a few check boxes in the Campus Interfaith Inventory, most notably,

Q. What types of religiously oriented courses has your campus offered in the past year?

Of course, the learning didn’t stop at the text. In addition to having a wonderful professor and rich classroom discussion, I belonged to a Christian community on campus that served as a place to wrestle with many of the theological questions my studies raised for me. I found it edifying to explore the scriptures about God as Light in my own sacred text, though to this day I think of al-Ghazali’s beautifully written, metaphorical description of God in the Niche of Lights as the description that best represents my personal Christian conception of God (Al-Ghazali & Buchman, 1998). “The Light” is one of the 99 Names of God in Islam. Inspired by that class I paid attention in new ways to the public events the MSA hosted and to Muslim speakers coming to campus or being represented in the news.

It can be easy to lose the power of each of your efforts when they amount to an X on a survey (e.g., yes, we do this, no, we don’t have that) but it’s important to remain connected to the potential in each of those efforts. The Campus Interfaith Inventory provides a glimpse of your collective efforts and is, in many ways, the beginning of the story and of the planning. Whatever the case you make for cultivating civic religious pluralism on campus—a diversifying student body, a bias incident in the community, a core value at the institution, the polarized nature of our national culture, professional preparedness of your students, or something else entirely—we hope the Inventory will help shed some light on places where your campus can go deeper and expand.

Religious, spiritual, and secular identities cannot be ignored—they are visible on our campuses and in the public square. They are present in hospitals and sports, in business and education, in social movements and elections. The knowledge and skills that nurture civic religious pluralism must also be part of each student’s education. I cannot promise that students’ experience of your training, teaching, food service, programming, orientation, or survey will inspire them to name their first born after that learning. If the commitment to civic religious pluralism is offered to a breadth and depth of students, it will impact the campus culture and their leadership off campus.

More than a decade after I learned about al-Ghazali’s description of God, I became a mother. With high hopes that our daughter too might bring light and abundance to the world, we named her Nora. It is my sincere hope that every student that graduates from US colleges and universities be equipped to bring light and abundance to the world, as educated people, engaged citizens, and competent professionals. Civic religious pluralism is a crucial part of fulfilling that promise.

IDEALS, Best practices for interfaith learning and development in the first year of college. (2018, November 1). Retrieved from https://www.ifyc.org/resources/best-practices-interfaith-learning-and-development-first-year-college

#NASPA2Commits | A Statement from the Region II Advisory Board