In March 2021, I had a phone call with a friend of mine who lived near me when I lived in Tallahassee, FL. He is a good friend who I have kept in touch with over the years despite both of us having moved far away from Florida, and we have supported each other through lots during our friendship. Until last year, we never had a complete conversation about our political beliefs, but I knew from comments he has made over the years that his political ideology was quite different from mine; I figured I had dropped enough hints over the years he likely knew the same about me. This conversation in March 2021 was the first time we talked in-depth about politics. To be honest, for the most part, I had avoided conversations about politics in favor of discussing sports and movies. Suffice to say, I was a bit surprised when our conversation turned towards politics. And yet, we had a wonderful, polite conversation where we expressed our opinions, respected what the other person had to say, and when it was over, we were still friends and talked about other topics.

Interestingly, in April 2021, not long after my conversation with my longtime friend, my partner and I were visiting some of her family in central California. While there, I rode with one of the family members to run some errands, and while we were out, the conversation turned towards politics. This family member and I had discussed politics before, so I knew like my friend, he and I share different political outlooks. Much like the conversation I had with my friend, this family member and I were respectful, engaging, thoughtful, and courteous.

These two conversations stuck with me long after they were concluded. I reflected on why they resonated with me so much. First, I was genuinely happy (and relieved) I could have a conversation with someone I cared about that was centered on politics and which did not devolve into an argument or hurt feelings. In my work in higher education, I have heard many horror stories from students, faculty, and staff alike sharing how conversations such as the ones I had devolving into a confrontation with hurt feelings or people feeling attacked. I was concerned, particularly with the chat with my friend, that the end result would be the dissolution of the relationship. Next, I was grateful for the conversation because it gave me the opportunity to hear from people whose beliefs are different from mine. I appreciated that opportunity because it allowed me to better understand people who share those opinions. Those conversations also helped me feel more secure and proud of my own beliefs, as I realized my political perspectives are, in my opinion, informed, reasoned, and rooted in equity and justice.

I then considered why the conversations went well. A couple of reasons came to my mind. First, I think in both of my conversations, each person exercised an ability to genuinely listen to the other person. Even though we never explicitly said so, I believe we each approached the conversation from the frame of wanting to learn, hear, and create mutual understanding and respect between the two of us. We kept our common humanity and appreciation for our respective friendships at the forefront of our minds, which helped each of us be appropriate and courteous in how we communicated with each other. Additionally, I felt like neither of us was trying to convert the other person to their way of thinking. Too often, I have seen dialogues where the goal appears to be for one side to get the other to “see the light,” which too often sets everyone up for disappointment and frustration. Also, many media sites and channels have seemingly created a dynamic which often feels like anyone who believes different than you do is a bad person. By having a conversation where we could each communicate our views without creating a sense of blame or shame for the other person, we were able to express ourselves and maintain our relationship going forward.

I recognize I was also a little lucky in both of those conversations. Neither of those individuals made any overt or subtle remarks I view as racist, sexist, homophobic, transphobic, or discriminatory to marginalized or historically oppressed people. I know there are too many conversations where that happens, and once it does, maintaining any modicum of respect and kindness becomes difficult if not outright impossible, and understandably so. Had that happened in either of these conversations, I am not sure I would have been able to keep it respectful, and it definitely would have negatively changed the complexion of our relationship.

For me, my takeaway is higher education educators must find a way to create more opportunities for these dialogues to happen with our students, faculty, and staff. I imagine it is difficult, as many of my colleagues share lots of the concerns I had when I had my conversations. I cannot imagine how we can teach our students to change the world if we do not encourage them to engage in difficult discussions with people who do not agree with them on every issue. I feel like our students are looking to us as professionals to model the way in how to interact with others who do not share our beliefs. I feel like we have a responsibility to try and educate them in this important way.

I am not saying it will be easy, and I honestly do not have the answer on how to do it. I just know that if my two conversations were any indication, our world depends on listening to and learning from others who are different than we are. 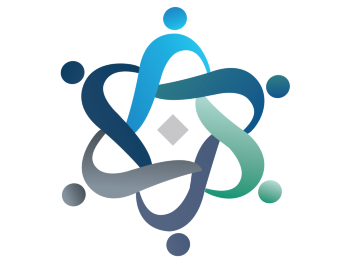 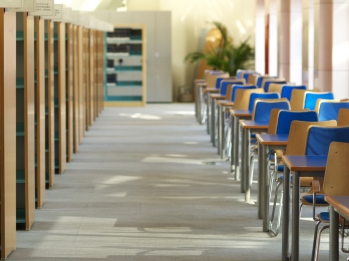