How Can Your Institution Participate?

By visiting this website, you have already taken the first step.  Follow us on Facebook. We encourage campuses to host events that promote peace and raise awareness to prevent violence in your community.  Please inform us of what you are doing on your campus by sending an e-mail to [email protected] or. This will also ensure that you are kept up-to-date regarding the campaign and additional resource materials, as they are made available.

A Study Abroad Perspective: Student and Faculty in International Education

Enough is Enough Advisory Board is committed to engaging NASPA members in creating the new paradigm for peace and safety on the nation's campuses - elementary through postsecondary - by addressing societal violence that has contributed to unprecedented violence in some of the very places our students should feel most safe.  The Enough is Enough representatives serve as leaders within the Campus Safety and Violence Prevention Knowledge Community and encourage NASPA members and others to aid in the goal of stemming the tide of societal violence.

No Bully- A Radically Effective Solution to Bullying:
www.nobully.com

Bringing in the Bystander:
https://www.soteriasolutions.org/college/

Kelly and Becca - "Lets Talk About it”:
http://kellyandbecca.com/

My Strength is not for Hurting (men):
http://www.mystrength.org/

March for Our Lives
https://marchforourlives.com/

Enough is Enough is a critical collaboration designed to create a new paradigm for peace and safety on the nation's campuses -- elementary through postsecondary -- by addressing the societal violence that has contributed to unprecedented violence in some of the very places our students should feel most safe.

At the 2008 NASPA Annual Conference, Dr. Zenobia Lawrence Hikes, vice president of student affairs at Virginia Tech, told those in attendance what happened and what was learned through the tragedy on her campus, as well as what she thought those of us in student affairs needed to do to chart a course for the future. Dr. Hikes reminded us that none are immune to terror, and that we must all prepare for the unimaginable. Declaring, "Enough is Enough," Dr. Hikes called on us to act with a "fierce urgency" and stem the tide of societal violence before students reach our nation's campuses.

While NASPA had already taken action within its own membership population through the publication of "In Search of Safer Communities" and a special edition of Leadership Exchange magazine, the "Enough is Enough" Campaign is the next step, seeking to broaden the scope in addressing the most pressing issue for all levels of education today -- the rising societal violence that results in school and campus tragedies.

Out of a day-long meeting of the campaign's initial partners main areas of focus emerged: a nationwide prevention and intervention campaign; legislative efforts; and the provision of resources.

The "Enough is Enough" Campaign will include administrators, educators, and counselors from secondary schools and institutions of postsecondary education, as well as parents and students. The kind of violence that results in campus tragedies begins -- and therefore must be addressed -- long before it reaches our schools and campuses.

Of particular importance are the efforts the "Enough is Enough" Campaign will make to create vital linkages to those beyond student affairs and the postsecondary education community who have a critical role to play in stemming the tide of violence.

Hosting events and activities on your campus this week to promote peace and reduce violence. Some campuses have done programs such as, These Hands Don’t Hurt, a Beats of Peace Concert, or painting umbrellas for a peace parade.  Visit the Resources page for more sample initiatives and programs.

We have provided a variety of suggestions for consideration when planning your Enough is Enough Week; please feel free to select those most appropriate for your particular community, and modify as appropriate...or come up with your own ideas, drawing upon your community's unique climate. Draw upon existing leaders, and develop new ones, building upon the week's activities to engage in long-term efforts to stem societal violence.

1. Enough is Enough Rally/March/Vigil/Parade
What this looks like will be particularly dependent on your community, but ideally, secondary students could start the march from their school, gather local business owners and merchants as they proceed through the community, and end up on a local campus, where college students, faculty, and staff would join in the march to a central location on campus. This could be the kickoff to the week and the precursor to a keynote speaker and/or community dialogue.

3. Keynote Speaker
Seek out a speaker to give a presentation on how violence has no place in schools, and/or how to unite the community (see Appendix A -- Potential Speakers/ Presentations). Be sure to include time for discussion and maybe even break-out groups that combine parents, students of various ages, school staff, and community members to develop community action steps.

4. Take the Pledge Day
After the speaker, encourage those in attendance to take a public stance against violence by signing a pledge. This could be a time of celebration, with free t-shirts, cookies, or any other items that can be purchased or obtained through the support of the community (see Appendix B -- Sample Pledge).

5. These Hands Don't Hurt
The national philanthropy of Alpha Kappa Lambda, similar events can easily be adapted from this initiative. In essence, handprints are cut out of colored paper and people sign their names on the hands and pledge that their hands will never be used to commit interpersonal acts of violence. Another way this initiative is implemented is through individuals placing their hand in colored paint and leaving their print on a white banner. This symbolizes both the diversity and unity of the community, and serves as a visual representation of how many people have pledged to resolve matters in a non-violent way. http://media.www.unews.com/media/storage/paper274/news/
2008/10/27/News/Hands.Against.Violence-3508198.shtml

6. Enough is Enough Dialogue on Violence
Encourage students and community members, alike, to think about the societal ramifications of violence in the media and how pro-violence messages can be combated. Consider utilizing local media to feature segments that could include issues of violence, school security, or ways to make school and the community-at-large better and more peaceful places. Topics might include the role of violence in video games; cyber bullying; "copy cat" violent crimes; and "when to tell." Encourage feedback if using media sources and/or include time in appropriate settings to discuss the chosen topics.

7. Host an Coffee Night/Poetry House/Open Mic Night
This gives students and community members the ability to speak out against violence in their own way. This could take the form of poetry, original music, or something as simple as making an anti-violence statement.

8. Role Model
Encourage highly visible student and community leaders to write a short piece for the local newspaper about their interests in making the school/community a safer place. In providing examples of positive behavior, it is hoped that these positive interactions will become the social norm.

9. Random Acts of Kindness (Postcard Campaign)
This initiative builds a sense of community and unity, allowing students, faculty, staff, and the greater community to witness the many positive acts that are performed. A potential twist on this event is for people to write postcards for positive acts of kindness that were done for them.

10. T-shirt Campaign
To further highlight and promote the efforts of the Enough is Enough Week, begin a t-shirt campaign that unifies the community in sharing an accepting and positive frame of mind. Design and distribute a t-shirt that conveys the Enough is Enough principles of peace and inclusiveness. This t-shirt campaign could be accompanied by the pledge campaign, with community members receiving a t-shirt after signing the pledge. A visual representation of a healthy community, the wearing of these t-shirts, particularly on designated days, demonstrates unity and the community moving together in a positive direction.

11. Enough is Enough Wall / Poster Campaign
Have community members work with students to create visual displays of community and/or displays with an anti-violence message. Arrange for pieces to be displayed in a prominent display area.
Students could also be encouraged to go beyond visual representations to create their own anti-violence message using the media of their choice. Enlist local radio and TV personalities to work with students in their desired media.

12. Enough is Enough: Not In Our Community / Not In Our School(s)
Have community members work with students to create a documentary about their school and community and how hate/violence has no place. This could also take the form of a poster campaign, with students creating visually appealing images and thoughtful messages that could be displayed in the community and on the websites of participating organizations, in an effort to stop the hate and create a more positive atmosphere.

13. Wellness Checks
All members of the community are stressed out from time to time. Host a 'wellness check' day to screen persons for high levels of stress, and provide health tips to ease the mind and body of the toxicity of stress. This event could be turned into a kind of fair focusing on total body wellness, with free massages, 15-minute yoga sessions, local organic vendors with samples of smoothies and other healthy food items.

14. Get Active, Not Physical
In an effort to concentrate physical energies on more positive outlets, local fitness clubs and recreation centers could sponsor open houses, showcasing their services and amenities, and providing free opportunities for students and other community members to get their bodies moving and active in a positive way.

15. Community Service Days
Another way to get the students and community members active and involved in a positive way is to make available coordinated volunteer and service events. Various project sites in the community would be pre-identified, and groups of volunteers would sign up for the various sites. For an even greater anti-violence effect, these project sites could be specifically chosen with an anti-violence theme in mind. (NOTE: Global Youth Service Days are the last weekend in April)

16. Host an "EarPeace" or "CommUnity" Concert
Host an "EarPeace" or "CommUnity" concert. Bringing people together around positive and upbeat music is sure to foster a sense of peace and unity. This event could take on many forms, including big-name acts, local bands, or aspiring singer-songwriters within the community. Be sure to feature student messages of anti-violence developed throughout the week.
17. Plan for the Long-Term: Establish an Enough is Enough Advisory Committee
Ensuring school safety and building community is an ongoing endeavor. Have an advisory committee continue to work to plan events throughout the year. Be sure to include students on any planning committees, as they are often the most aware of what is going on, especially with their peers. Possible things to consider include the following: 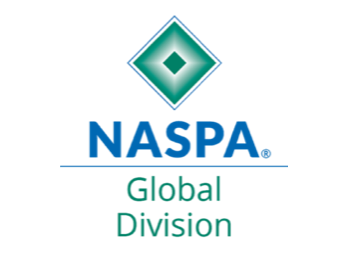 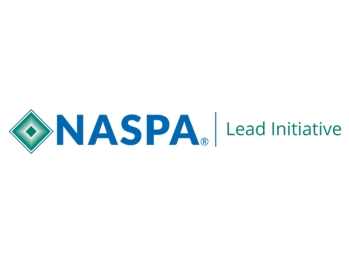