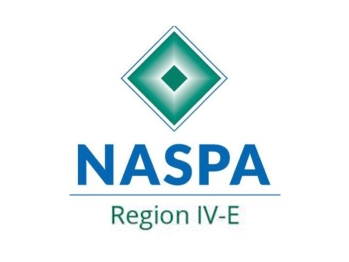 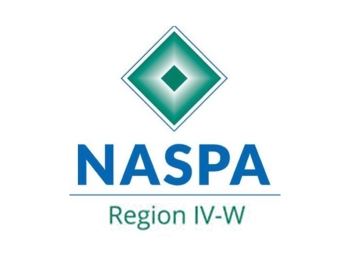 Our theme, WEnvision Our Future, captures the essence of the Region IV-West and Region IV-East (W/E) partnership and the power we have as two large regions to shape the future of our profession. It is a call to think differently about a changing higher education landscape and to take ownership of our role in shaping our future together.

Through inspiring keynote presentations, thought-provoking educational sessions and institutes, and numerous opportunities to reconnect with colleagues and make new friends, the NASPA IV-W/E 2022 joint conference will be a premier, future-focused professional development experience.

As the planning for the 2022 NASPA Region IV-W and IV-E Joint Conference commences, we want to begin this process by recognizing the Council of the Three Fires - Anishinaabeg (Ojibwe), Odawak (Odawa), and Bodéwadmik (Potawatomi), as well as the Hoocąk (Winnebago/Ho’Chunk), Jiwere (Otoe), Nutachi (Missouria), and Baxoje (Iowas); Kiash Matchitiwuk (Menominee); Meshkwahkîha (Meskwaki); Asâkîwaki (Sauk); Myaamiaki (Miami), Waayaahtanwaki (Wea), and Peeyankihšiaki (Piankashaw); Kiikaapoi (Kickapoo); Inoka (Illini Confederacy) as the first peoples of the location known today as Chicago, Illinois. As our understanding of the historical and contemporary relationships Indigenous peoples have with the lands and waters of this locale grows, we have tasked ourselves with critically integrating this knowledge into the building of this conference context.

Engaging in these conscious efforts, we humbly embark on a journey to decolonize our sensibilities about place and the ways we engage who we are in relation to it and the power that brings within our own communities and places of work. Acknowledging that, as Region IV-West and IV-East, we come from institutions that have historically participated in and are continually complacent in the forced removal and displacement of  traditional Indigenous homelands. We commit ourselves to remember that the land we occupy continues to be Native land.
Sources: Field Museum Northwestern University, Native American and Indigenous Initiatives; University of Illinois at Chicago, Native American Support Program; NASPA Indigenous Peoples Knowledge Community

If you are not a current member and are employed by a college or university that is an institutional member, you can join as a professional affiliate member for $80. If your institution is NOT a member, you can join as an associate affiliate member for $250. Both membership types provide access to the individual member rate for the event. Please visit the membership section of the NASPA website to learn more about membership types and benefits. We hope you’ll consider joining today!

For a comprehensive listing of NASPA registration policies, please visit this page.

We will also be offering 5 half-day Pre-Conference Experiences on Sunday, November 6 featuring

Reclaiming Space centers, the voices and work of Indigenous scholars and practitioners in higher education working toward increasing the visibility and representation of Indigenous students and issues. Join the Indigenous Peoples Knowledge Community as we explore what it means to Reclaim Space during the Region IV W/E Conference to engage in conversations and share space to discuss best practices.

A Navigating Strategy For Retention to Completion

Concierge service, success plans, holistic focus, along intentional navigation provides a student with services and supports that lead to retention resulting in completion.  A student success champion network with flexed hours, involving the entire campus, provides support at any time.  Take a look into a community college’s flow to achieve their goals all while focusing on breaking barriers for students thought case management and motivational interviewing all while producing new processes and creative platforms with a proactive student focus.

Back to the Basics: Why are you interested in working in student affairs?

Oftentimes, this question is asked in conversation or maybe an interview. Have you given any thought to what is attracting you to a field that is ever changing? Undergraduates who are interested in learning more information about Student Affairs are encouraged to attend this half-day session. By attending this session, participants:

Womxn in Student Affairs - Together WE Rise

Focusing on giving voice to the intersectional needs of people who identify as womxn in student affairs, the WISA pre-conference session will focus on creating space for attendees to engage with each other on the current state of womxn in higher education. Join the Womxn in Student Affairs KC as we explore, dialogue, and reflect on how WE as womxn in student affairs can foster power through partnership in addressing gender equity issues, fostering womxn leadership, and creating community.

Schedule at a Glance

The NASPA IV W/E Case Study Competition is an opportunity for graduate students and student affairs professionals to showcase skills and knowledge of the field of student affairs. Participants can form a team prior to the conference to participate in the case study competition or you can get assigned to a team of 2-3.  Participants will review, analyze, and respond to a case (cases will be sent 24 -48 hours before the conference so that you are familiar with the options). Teams will select their case study. Participants will present their case studies in front of 3 judges at the conference.

Presentations should include a review of ethical, moral, and legal considerations that influenced the team's response. 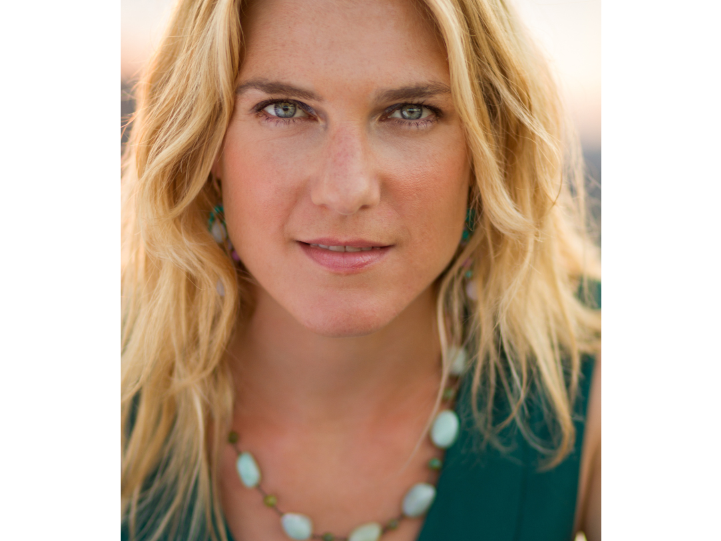 An award-winning, former correspondent for National Public Radio, Anya Kamenetz is a futurist with a passion for the complexities of how we learn, work and live in a rapidly changing world.

As the lead education reporter for NPR, Kamenetz coordinated the public broadcaster’s education coverage online and on-air. Previously she covered technology, innovation, sustainability, and social entrepreneurship as a staff writer for Fast Company magazine. Her reporting—on technology, the cost of higher education, career development, the future of work, post-pandemic life, and many other topics—has appeared in a wide range of publications, including The Guardian, Medium, Muck Rack, New York Magazine, The New York Times, “O” the Oprah Magazine, Slate, The Village Voice, WIRED, and The Washington Post.

Kamenetz’s most recent book is The Stolen Year: How COVID Changed Children's Lives, and Where We Go Now (August 2022). In it, she considers the pandemic’s impact on the lives of children and the burden on working parents trying to care for, help educate and keep children safe at home. With audiences, Kamenetz explores the long-term implications of the pandemic for schools, colleges, businesses, and employees. She also traces the many links between the pandemic, the “Great Resignation,” and the growing realization that building diverse, equitable and inclusive working environments is critical to economic growth and a resilient workforce.

Kamenetz’s four previous books include her debut, Generation Debt, which received critical acclaim for stoking debate on the unprecedented economic challenges young people face. In 2010, she published DIY U: Edupunks, Edupreneurs, and the Coming Transformation of Higher Education, which looks at the promise and potential of technology and open-source education models for more affordable, personalized, and experience-based learning paths. The book, which directly inspired the founding of at least one $400-million education company, prompted the Huffington Post to name her an “Game Changer in Education.” In it, Kamenetz explored the intersection of meritocracy, race, and class, asking “how can we build a system that works for everybody?”

Critics called Kamenetz’s third book, The Test, a “must read” for anyone interested in our education system. It explored the past, present and future of standardized assessments and challenged conventional ideas about intelligence, achievement, and success. Her book The Art of Screen Time—which has been translated into six languages—is an astonishingly prescient guide to the research on young people’s screen use will change the way you think about digital natives and parenting in the digital age. As co-host of the chart-topping podcast Life Kit for Parenting, Anya continues to shape the dialogue around education, parenting and technology.

Kamenetz is a three-time winner of national awards from the Education Writers Association (2009, 2010 and 2015), and her digital education coverage at NPR won a 2017 Edward R. Murrow award for Innovation from the Radio Television Digital News Association. She appears in the documentaries Generation Next (2006), Default: A Student Loan Documentary (2011), both shown on PBS, and Ivory Tower, (2014) distributed by Participant Media.

Since the coronavirus pandemic kicked off the largest distance learning experiment in history, Anya has been deluged with requests to unpack what the future might bring for colleges, the K-12 education system, and businesses that need to rethink training and recruitment. Her presentations have been called both reassuring and inspiring as they draw people to think about their own experiences in a broader historical context and help students get excited for their role in shaping a better future. Anya engages audiences with insightful perspectives on the evolution of learning, and how to apply it all to advance one's purpose.

Anya grew up in Louisiana, in a family of writers and mystics, and graduated from Yale University in 2002. She lives in Brooklyn with her husband and two daughters. 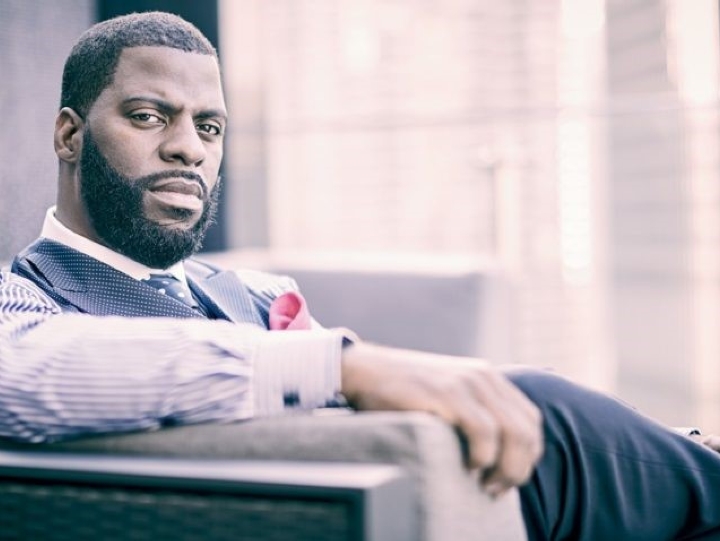 Winning a Grammy for co-writing Kanye West’s Jesus Walks as well as a Soul Train award, Grammy, Golden Globe & Oscar for co-writing Common and John Legends Glory, Che has expanded his gifts beyond the borders of music.

The subject of a Showtime and Break Thru Films documentary, In My Father’s House, Rhymefest purchased the childhood home of his estranged Father only to find that he’d been homeless for most of Che’s life, Rhymefest then embarks on a journey to reconnect and redeem their relationship.

Recently Che co-starred in the motion film The Public alongside Gabriel Union, Alec Baldwin and Christian Slater written and directed by Emilio Estavez.

Rhymefest has been named Co-Chair of The Year Of Chicago Music 2020, an initiative by the city to highlight Chicago’s vibrant and diverse music scene.

Che’s newest project Love Lessons, Part 1 & 2 is a memoir and album that details the last 2 years of Rhymefest’s personal and professional life including; how he processed and healed from a recent divorce, tenuous relationships with his Hip hop peers and how he lets the spirit of Love light his path. 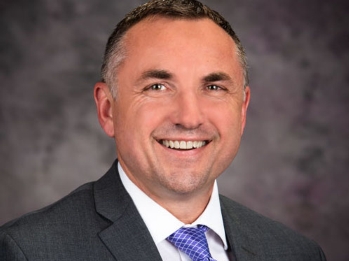 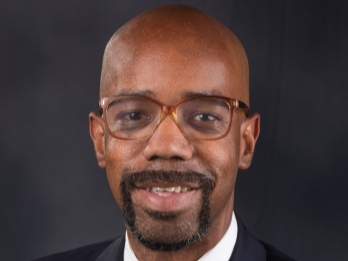 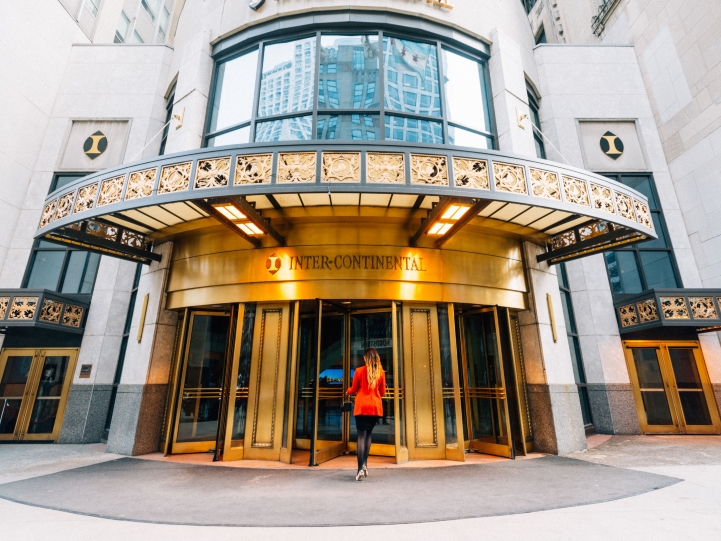 All conference activities will take place at the InterContinental Chicago Magnificent Mile.

Chicago is defined by superb architecture, and the InterContinental Chicago Hotel is a paragon. This opulent address opens its doors onto the Magnificent Mile. A legend since 1929, the building maintains the grandeur of the Roaring Twenties with historic design around every corner.

Local Eateries Near & Inside the InterContinental

Within the InterContinental Hotel

* = Within 3 blocks of the InterContinental

*SHOPS AT THE NORTH BRIDGE MALL

* = Within 3 blocks from the InterContinental

Check out this Google doc with things to do in Chicago like Site Seeing, Music Venues, Eateries/Restaurants and Transportation options! 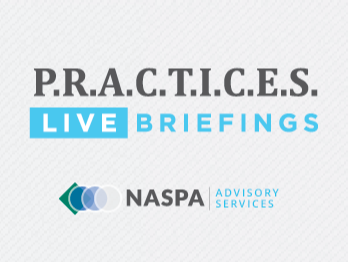