JCC published a series of articles in the past months on Religious Identity Groups on Campus with Shafiqa Ahmadi and Darnell Cole as guest editors and Mabel E. Sanchez as another one of the authors. The articles were

Shafiqa, Darnell, and Mabel are this quarter's JCC Connexions Focus Authors, and they recently responded to questions from Jon Dalton, JCC co-editor:about their research.

1. What are some of the ways in which the organizational and structural aspects of collegiate institutions create for minority students the perception of insensitivity and coercion? 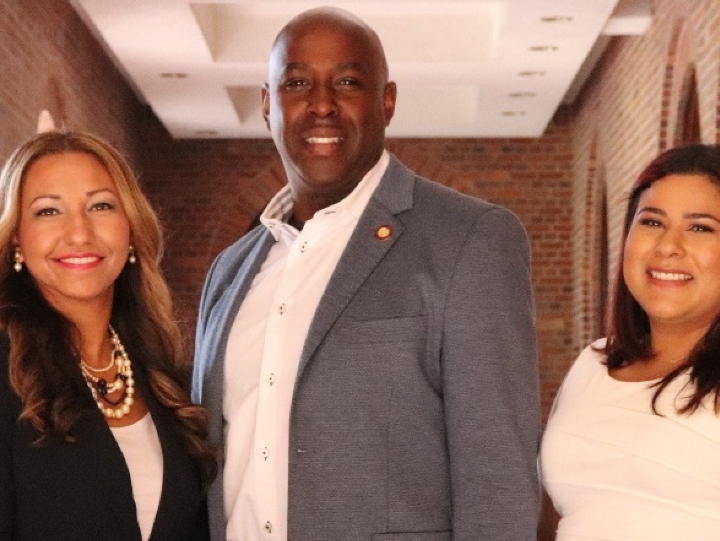 Campuses that have a commitment to diversity and openness to people who identify with different worldviews often report climates that promote learning about other cultures and worldviews. When campuses do not have such commitment both inside and outside the classroom, minority students may feel that they are not supported and perceive more insensitivity and coercion as there is a lack of understanding and willingness to learn about their identities and practices.

On the other hand, on campuses that have structures in place to promote an environment where there is more collaboration and education regarding minority faith groups, students report more insensitivity and coercion from their peers. At first glance, this can seem like something undesirable for colleges. However, this often indicates that students feel more comfortable reporting such incidents and experiences because there is space and support to voice their concerns.

Higher education institutions need to provide education and training for students regarding inclusion. Student group leaders often have contact with university staff, but the rest of the student members do not. Student leaders may be the ones attending campus-wide training as their organization’s representative, but the messages from the training may not get to the other student members. The responsibility of training other students on diversity and inclusion falls on student leaders instead of the institution. Additionally, institutions offer little to no incentive to extend the training and many do not have a system of verifying that the information and training is actually implemented among peer groups.

Education on diversity and inclusion needs to happen in multiple places across the university and not just for a particular set of students. Training and education should not be limited to a once a semester event, for one class, or as a reactive response, but should rather be tangible efforts that the whole institution is working towards, modeling for each other what it means to include diverse populations.

We have five recommendations for institutions and staff:

3. Has the prevalence of hate crimes directed against minority religious groups on campuses increased in recent years?

According to FBI Uniform Crime Reports (UCR, 2015-2019) religious motivated hate crime offenses (a single incident may include multiple offenses) increased exponentially during the Trump presidency, and particularly during the 2016 election.Within the same five-year period, UCR data show that the incidence of hate crimes aimed at Muslim individuals grew from 257 incidents in 2015 to 307 incidents in 2016. Similarly, anti-Jewish incidents increased from 684 in 2016 to 938 in 2017. The number of offenses and incidents against Muslim, Sikh, and Jewish groups peaked from 2016–2018. A noteworthy limitation of UCR is that religion-related hate crimes categorized as anti-Sikh were only added in 2015. The US Goverment Accountability Office (GAO) examines the prevalence of hate crimes, noting US Department of Education’s (DOE) findings that religious-based hate crimes in institutions of higher education reported to the US Department of Justice (DOJ) by religion from 2009–2017 increased for anti-Jewish and anti-Muslim crimes.

4. Why is it important for faculty and administrators to show active personal support for Muslim students’ sense of belonging and acceptance?

Recommendations for faculty and administrators:

#NASPA2Commits | A Statement from the Region II Advisory Board