Message from the Chair On behalf of the Indigenous Peoples Knowledge Community leadership team, I welcome you to our community homepage! The IPKC, founded in 2005, is comprised of higher education and non-profit professionals who are deeply committed to advancing Indigenous peoples and knowledges in higher education to decolonize and disrupt westernized educational systems.

Collectively, we hold values of family, community, integrity, reciprocity, relationality, agency for Indigenous peoples, tribal nation-building, humility, and learning, leading and living in a good way. Additionally, we strive to include and highlight Tribal Colleges and Universities (TCUs) and NASNTIs (Native American-Serving Non-Tribal Institutions) within the conversation around Indigenous education and look to them as models for holistically serving and supporting Indigenous students.

We hope that our Indigenous and non-Indigenous higher education relatives across the U.S. and globally will join us in these efforts to not only understand and enact intentional and meaningful land acknowledgements, but to reach beyond performative statements to truly emancipatory and reciprocal community-based efforts. Furthermore, we hope to elevate our paradigms and perspectives in the academy spaces to better honor generations of Indigenous scholars that came before us and to better support those coming after us. Wado (thank you)! 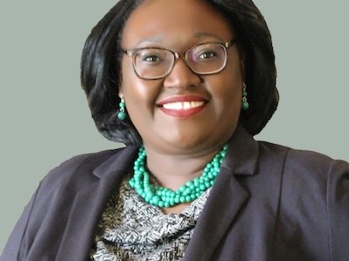 Volunteer with the Indigenous Peoples KC

Volunteers are critical to the continued success of the Indigenous Peoples Knowledge Community. We are constantly on the lookout for new and exciting content from members to contribute to our newsletter, website, and other productions. If you’re interested in taking on a project or would like to indicate your interest in future volunteer opportunities, please contact us at [email protected]

To apply, check out Volunteer Central, search Indigenous Peoples Knowledge Community for our open positions, and apply with your resume/CV and a letter of intent. For questions, please email us at [email protected] We hope you will join our dynamic and dedicated team!

Co-Chair Elect and Region I Representative

Director of Fraternity and Sorority Life and Involvement
Lycoming College

E-mail us for questions or comments at [email protected]

OF PLACE: RESOURCES THAT GIVE GREATER SALIENCE TO AND UNDERSTANDING OF INDIGENOUS PEOPLES' RELATIONSHIPS TO LAND AND SEA GEOGRAPHIES

The IPKC asserts that American Indian, Alaska Native, Native Hawaiian, Samoan, Chamorro, Taino, First Nations, Inuit, Métis, Zapotec, and other Indigenous relations have pre-colonial genealogical ties to place whether student affairs and higher education theories, practices, and policies recognize it or not. This is to say that dominant foundations of these fields do not often address the historicity of these experiential links and how colonizing learning contexts negate Indigenous peoples relationship to place. This absence, in turn, impacts how Indigenous students, staff, and faculty experience institutional and professional development spaces. Toward that end, the IPKC has compiled a broad set of resources for those who seek to expand their worldview in ways that consider the complexities and dynamics associated with the social agency of Indigenous peoples as they are not only inherent, but integral to the integration of critical place-based practices within settler colonial geographies. As you read the material below, keep in mind that place-based practices, such as land acknowledgements, are context and community specific. What is enacted as a practice in one location and for one community, may sound, look, and feel different when carried out by other Indigenous peoples who are of another location. What is more, these historical understandings inform contemporary political struggles, as well as current educational and epistemological priorities of Indigenous peoples.

23 Tip On What Not To Say Or Do When Working Effectively With Indigenous Peoples
Indigenous Corporate Training Inc.
Changing The Narrative About Native Americans: A Guide For Allies
Reclaiming Native Truth: A Project To Dispel America’s Myths and Misconceptions
Indigenous Allyship: An Overview
Office of Aboriginal Initiatives, Wilfrid Laurier University
Indigenous Ally Toolkit
Montreal Urban Aboriginal Community Strategy Network
Whose Land Is It Anyway?: A Manual for Decolonization
Peter McFarlane and Nicole Schabus (Editors)
Federation of Post-Secondary Educators of BC

Rematriation Magazine: Returning the Sacred to the Mother
Storytelling Platform Powered by a Sisterhood of Over 200 Haudenosaunee Women

Where Do We Go From Here?

Preparing for a Change in Season

Internet and Technology Access During the COVID-19 Pandemic: A Chronological Account and Approach to Helping Native American Students in the Navajo Northern Agency 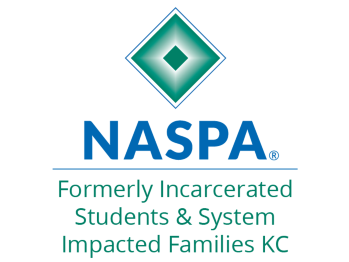