About Advisory Board Get Involved Awards Events State Chapters Resources

Message from the Regional Director

Welcome to NASPA Region III! We are delighted you visited our webpage and hope you will find information here about how to connect with volunteer opportunities, learn about professional development programs, and connect with your colleagues across our region. We are always seeking input and new ideas about how our region can best serve you so please reach out. From our state-specific activities to our professional development institutes for new professionals and mid-managers, NASPA  Region III is here to help you engage with colleagues and support your professional growth and development. 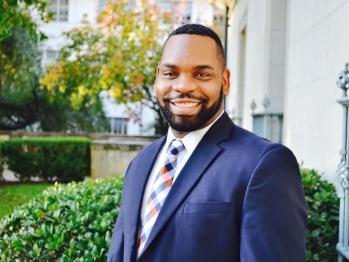 Who We Are
Territory
History

Region III leadership strives to ensure that national initiatives inform our regional activities and find expression in our ongoing growth, development, and contributions as student affairs professionals. We carry out our regional activities through conferences, institutes, publications, technology, networks and other opportunities that promote personal and professional learning and colleagueship. All are designed to help us work efficiently so we engage in state-of-the-art practices that promote organizational effectiveness and student learning and development..

Region III is rich with history. A few years ago, our Regional historian, Kat Callahan visited the Archives at Bowling Green State University to do a little research about our past and here is a short start of the history of Region III:

The Southern region (Region III), according to the 1965 proposal, consisted of Alabama, Florida, Georgia, Kentucky, Louisiana, Mississippi, North Carolina, South Carolina, Tennessee, Texas and Virginia. Over the years, reorganization of regions was proposed; however, Region III has remained intact and gained additional representation by 1967 with one institutional member in Puerto Rico (Crookston, B.B. & Briggs, C., personal communication, June 25, 1967). One of the first questions for redistribution came in 1967. Crookston and Briggs (1967) developed a Report and Recommendations on NASPA Regional Distribution and the Vice Presidency for the NASPA Executive Committee. These recommendations established the two year term that currently exists with our Regional Directors, formerly Regional Vice Presidents as well as recommendations for other regional redistributions and suggested duties for Regional Vice Presidents. It is in this memo to the NASPA Executive Committee that there is an acknowledgment of size being an issue in a formal sense. It notes that the annual conference needs formalization, whereas, prior to the need for regions, members often knew one another and could meet in an informal way. Crookston and Briggs (1967) acknowledge this is no longer the case, “hence the need for regional structure and meetings where informal relationships can be maintained and continued” (p. 2). In 1967, Region III had 105 institutional members as compared to the other regions with Region II with the most at 129 institutional memberships and Region VI with 30; however, the representation of the Regions at this time was not the same as today.

In 1968, a second attempt at redistribution occurred. Upon the recommendation of NASPA Region III President, Arden French, Texas and Louisiana would be moved to Region IV as well as considering West Virginia, Maryland, and the District of Columbia to be added. Members were encouraged to write to Channing Briggs with their reactions (French, 1968). Nothing came to fruition after these recommendations were made. But again, in 1976, Alice Manicur, NASPA President, questioned the re-alignment of regions that would delete Virginia and Texas and add Arkansas. Texas would have moved to Region IV-W and Virginia to Region II. These changes were considered due to membership numbers as well as location (Manicur, A., personal communication, Aug 13, 1976). In response to this recommendation, Channing Briggs, NASPA’s first Executive Director, responded with some interesting insights to Region III, mainly focused on Texas. He notes that if Texas was moved, that it would dominate Region IV-W. Also, he questions the consideration to other organizations that would be impacted, noting the importance of liaisons with Texas and southern associations. Finally, Briggs alludes that Texas has always struggled in Region III with geography, but would do the same if added to IV-W (Channing, B., personal communication, Sept 1, 1976). When this realignment was brought to the Region III Advisory Committee in 1977, “the comment made and supported was that it was all right for the task force to “mess with the rest of the country, but not with us” (Minutes, 1977). Yet again, Region III stays intact.

Other regional realignments took place over the years that impacted other regions, but it wasn’t until 1995 that Texas took it upon itself to question their own place in Region III with their own Resolution in which they state that “the existing structure of Region III may not be the most effective to achieve enhanced access to programming to the extent possible for the membership of NASPA in Texas” (resolution, 1995).  Texas argues multiple reasons why Region III may not be the best regional fit due to never having held a Region III meeting in Texas after 30 years even though Texas had the most members in the region. This resolution was brought to the NASPA Executive Board; however, because no other region expressed interest in revisiting regional reorganization, once again, nothing changed. Rather it was suggested that Texas be polled about their interest in changing regions as well as a conversation among the Region III Board members to address this issue (Minutes, July 21, 1995). Since, Region III has held the Summer Conference in Texas three times, in 1995, 2005, and 2013.

Region III and the South have a unique history in the United States. Higher Education wasn’t a priority in the South as it was in the Northeast and Midwest early on, other than in Virginia, and after the Civil War, it took the South much longer to recover, therefore, effecting the growth of higher education. Yet, the dedication of professionals in the south was evident in the participation of NASPA and other strong organizations in the south. Region III didn’t have regional conferences right away due to the strength of these other organizations. The Southern College Personnel Association (SCPA), Southwestern Student Personnel Association (SWASPA), and Southern Deans were each very strong and targeted similar members. These are organizations that Briggs is referring to when discussing important relationships in 1976 during one of the re-organizational conversations (personal communication, Sept 1, 1976). However, it was SCPA, later changed to the Southern Association for College Student Affairs (SACSA) in 1982, with which NASPA Region III maintained a unique and integrated relationship.

A little more history can be found here: https://history.naspa.org/our-history/constituent-group-history/region-3

Please visit the NASPA history site for an inclusive view of the association: https://history.naspa.org/

Some documents below contain historical information about the region in the past (note: all documents are not 100% current):

The Mid-Manager's Institute (MMI) is a focused and unique professional development experience presented by a partnership between SACSA and NASPA Region III.  It offers an opportunity for mid-level professionals to enhance and develop the skills, relationships, and dispositions that distinguish them in the profession and enables them to make more meaningful contributions to the people and programs they serve.

MMI is designed for individuals with at least five years of experience as a full-time professional with oversight and supervisory responsibility of one or more units and professional staff members.

Participants will have the opportunity to learn from faculty mentors, guest presenters, and their mid-level colleagues. Past topics include managing from the middle, navigating politics and campus climate, strategic planning, the synergy between academic affairs and student affairs, and professional competencies and career planning.  Participants will leave with strategies and skills to make an impact when they return to campus.

The Region III Advisory Board oversees the various operations of the Region as well as representing the state organizations within Region III and coordinating with the Knowledge Communities.

Associate Dean of Students
The University of Tennessee

Assistant Dean of Students and Director of Engagement, Leadership, and Service
University of Georgia

NASPA Regions are run and supported entirely by the continued hard work and contributions of our volunteers. Region III offers numerous volunteer positions and opportunities for our members to become involved. Whether it’s taking on a leadership role or helping out at a drive-in, there’s something for everyone.  Please utilize Volunteer Central to indicate your interests and to find current volunteer opportunities. 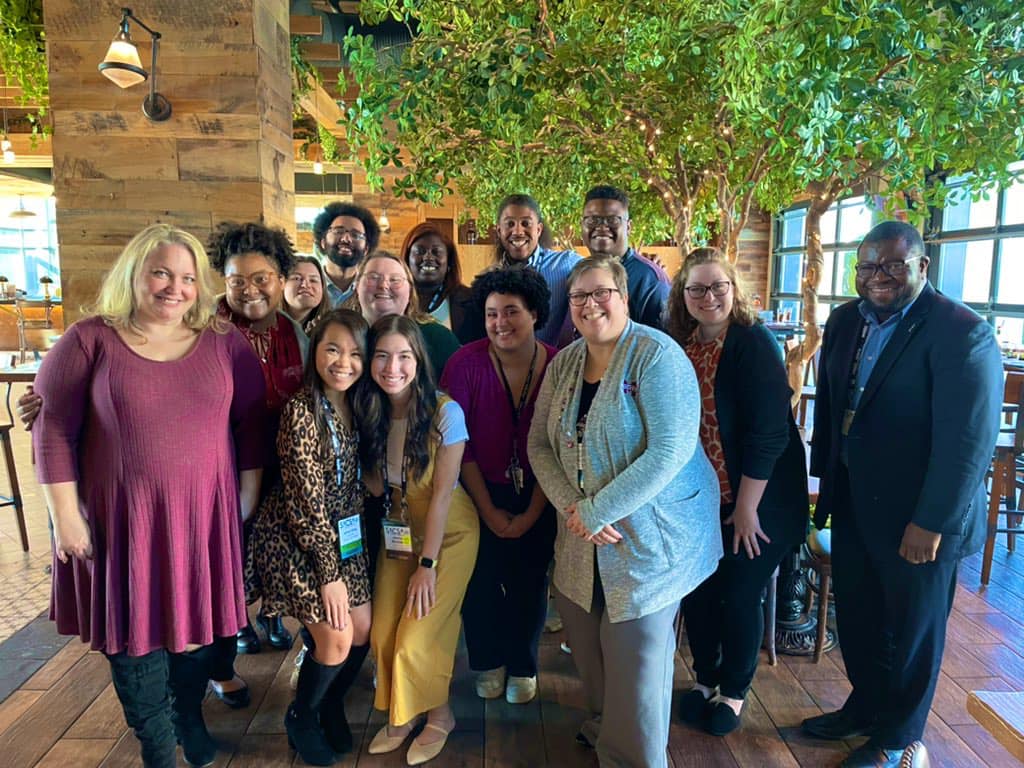 Submit a nomination today by clicking on an award below for more information!
Awards Nomination Deadline: Monday, March 6, 2023 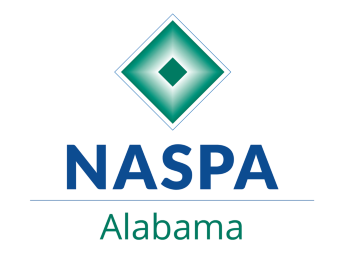 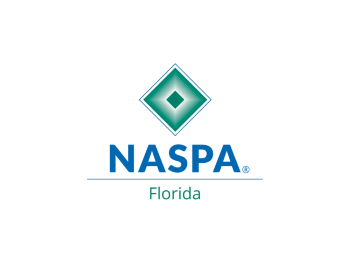 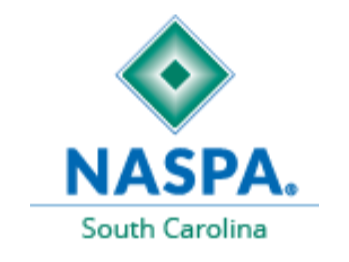 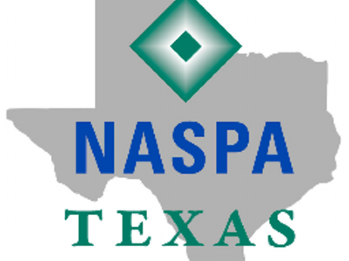 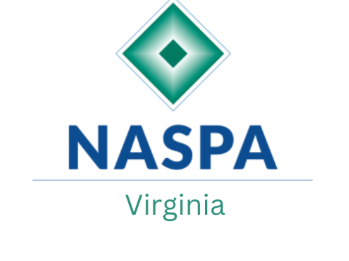 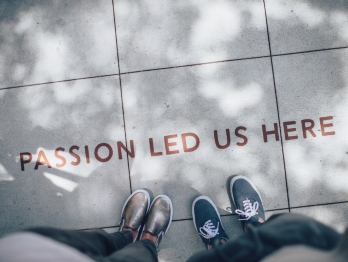 How to Infuse Social Justice & Equity into Your Work 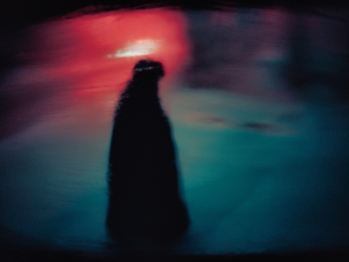